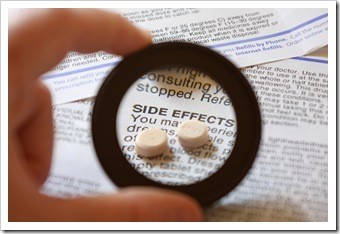 Many of us have been misled into thinking pain is a problem. A headache? Numb it. Gallbladder malfunctioning? Remove it. A sore throat? Soothe it.

Although these seem like logical assumptions, the pain you are experiencing is actually the effect of the problem and not the cause.

Nowadays you are unable to turn on the television without a commercial appearing, for some new pharmaceutical that will cure whatever may ail you. If you pay close attention, you will realize that nearly half the ad time is consumed by a long list of the possible side effects and adverse reactions that can accompany taking the drug. The possibilities usually include everything from minor fatigue to death.

This alarming group of pharmaceutical drugs also includes one of our most well-known pain relievers – Acetaminophen- best known under the brand label of Tylenol.   More importantly,  a report released on Tuesday, March 31st, 2015 established that Acetaminophen does not appear to help ease lower back pain and offers little relief for the most common form of arthritis.

It is estimated that around 4.5 million Americans visit their doctor or the ER every year due to adverse reactions from prescription drugs. These adverse side effects are also suffered by an extra 2 million people each year who are already in hospital being supervised by the medical professionals. The CDC gave an estimate that 82% of Americans are consuming, at least, one drug and 29% are consuming five or more drugs.

The US Food and Drug Administration (FDA) is responsible for the approval of pharmaceutical drugs on sale in the US. However, their methods for approval are based on the scientific studies carried out by the drug companies. The FDA carries out no independent testing. The FDA usually approves a drug if its benefits outweigh its dangers. Assuming the drug companies’ studies have been well-conducted and state that a drug is relatively safe, no drug is 100% free from side effects for everyone, even drugs that are categorized as “natural.” The person’s age, weight, gender, overall health and genetic profiling will all contribute to how an individual may respond to a drug.

Acetaminophen, sold under the brand name Tylenol, among others, is now being considered as being labeled one of the most dangerous over the counter pain medications on the market. That’s alarming as almost every household has a bottle of this pain medication and doesn’t think twice about using it.  The problem is that acetaminophen is considered relatively safe when taken as recommended, but the margin between a safe dose and potentially lethal one is minimal. An FDA advisory panel recommended adding a warning label about liver damage to acetaminophen as early as 1977, but it was not done until 2009.

Acetaminophen overdose is the leading cause of calls to Poison Control Centers across the U.S., with upwards of 100,000 cases per year.  This includes 56,000 emergency room visits, 2,600 hospitalizations and an estimated 458 deaths due to acute liver failure.  Last year, PBS News reported that 1,500 deaths over the past ten years had been linked to taking a little bit more acetaminophen than the recommended dosage.

Finally, in early 2014, the FDA finally issued a statement urging doctors and other health professionals to discontinue prescribing and dispensing prescription combination drug products that contain more than 325 milligrams (mg) of acetaminophen per tablet, capsule, or another dosage unit. They go on to state that there is no evidence that by taking more there is any benefit that outweighs the risk of severe liver damage.

Researchers led by Gustavo Machado of The George Institute for Global Health at the University of Sydney in Australia performed and analyzed ten studies that examined the use of acetaminophen to treat osteoarthritis of the hip or knee and three studies that assessed the use of the well know pain medication for lower back pain.  Osteoarthritis sufferers who experience back pain were also chosen as the combination of back, knee, and hip pain is one of the leading causes of disability worldwide.

As part of the study, researchers randomly gave 1,652 participants with acute lower back pain and 1,741 patients with osteoarthritis up to four weeks of acetaminophen in regular doses (three doses a day up to 3,990 mg a day), as-needed doses (up to 4,000 mg a day), or a placebo. Participants also received advice for managing their pain and reassurance, as well as follow-ups for three months.

What they found was surprising: For back pain sufferers, there was no difference in the number of days it took for study participants to recover from their pain, regardless of whether they took doses of acetaminophen or the placebo. On average, it took the groups that received acetaminophen 17 days to recover, and the group that took the placebo 16 days to recover.  Acetaminophen also had no short-term effect on participants’ movement ability, sleep quality, or quality of life. Researchers also discovered that acetaminophen provided only minimal short-term relief for people with osteoarthritis.

Looking at the pooled data, the investigators found that for people with lower back pain, acetaminophen was ineffective in either reducing patient disability or enhancing the quality of life.  In people with osteoarthritis of the hip or knee, acetaminophen provided only a small, not clinically significant benefit in the reduction of pain and disability.

According to a conclusion note made by the Australian study, acetaminophen, the active ingredient in Tylenol, is no more effective at relieving lower back pain and osteoarthritis than a placebo.

“General exercise, manipulation of the body, and core-specific exercises have also been shown to be effective treatments for back and osteoarthritis pain,” says chiropractor Jay Greenstein, DC, vice chairman of the Council on Chiropractic Guidelines and Practice Parameters.  Back pain, especially, should be treated by manipulation as “There’s usually a mechanical reason behind it.  If you only choose to address it through chemical means, you’re not going to get long-term relief, and over time, your condition will become chronic.”

“Overall, there is mounting evidence that acetaminophen is not effective for relief of these conditions. While other forms of pain relievers, used judiciously, can be helpful, the emphasis in management of chronic pain related to degenerative joint diseases is increasing on non-pharmacologic measures” as stated by Eric Matteson, MD, rheumatology chair at the Mayo Clinic in Rochester, MN.

Whether you’re trying to address acute or chronic pain, please know that there are many other safer yet still effective alternatives to prescription and over-the-counter painkillers.  By determining and addressing the cause of the pain directly, you will not need to reach for this potentially lethal product and begin a path a safe, natural long-term solution.